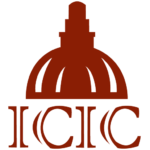 The Illinois House and Senate convened in Springfield this week. Both chambers will return to Springfield on Monday (March 28) and are scheduled to be in session every day through April 8th, when the Illinois General Assembly is scheduled to adjourn. The next major deadline is the 3rd Reading deadline for substantive bills to be approved in the opposite chamber, that deadline being Friday, April 1st in both chambers. When legislators return to Springfield on Monday, they will only have 12 days to wrap up their work on many important issues.

As previously reported, the Unemployment Trust Fund deficit that is nearly $4.5 billion has been the focus of lawmakers’ attention. Legislative action to help shore up the deficit came this week with the approval of SB 2803 (Asst. Majority Leader Holmes/Majority Leader Harris). SB 2803 appropriates $2.7 billion of the state’s remaining $3.5 billion in American Rescue Plan funds to help fill the UI Trust Fund deficit. This legislation was largely approved along party lines and was signed into law by Governor Pritzker today (March 25). In addition to helping plug the UI Trust Fund hole, SB 2803 also directs funds to pay down additional state debt, including the allotment of $300 million toward pension debt, $900 million toward the group health insurance bill backlog and $230 million toward the College Illinois program.

Democrats argue SB 2803 will ultimately save taxpayers money by reducing the amount of interest payments the state would otherwise accrue on these debts. Republicans disagree and voiced displeasure that the Democrats failed to appropriate the entire $3.5 billion in remaining ARPA funds to the UI Trust Fund deficit.  Although $2.7 billion toward the debt is significant, the remaining UI Trust Fund deficit is nearly $1.7 billion. Republicans argue this remaining debt will force a “back-door tax increase” on Illinois employers. The GOP predicts the remaining deficit will have to come from a combination of increased taxes on employers and benefit cuts for workers.

Business groups representing employers in the agreed bill negotiations, such as the Illinois Retail Merchants Association, Illinois Manufacturers’ Association, Illinois Chamber, National Federation of Independent Business, and Associated General Contractors of Illinois didn’t hail SB 2803 as a huge success. However, in a joint statement, the groups described the approval of SB 2803 as a “positive step forward” and they remain “hopeful” the agreed bill negotiations between labor and business will continue until a resolution is found to address the remaining deficit.

As previously reported, ICIC removed our opposition of HB 5412 (Leader Marcus Evans, Jr./Sen. Cristina Castro) with the adoption of Amendment 3. This amendment contains an exemption for signatories of collective bargaining agreements from the requirements of HB 5412. Amendment 3 includes the following language: (g) Primary contractors who are parties to a collective bargaining agreement on the project where the work is being performed shall be exempt from this Section.

HB 4116 as amended (Rep. Bob Morgan/Sen. Robert Peters) amends the Right to Privacy in the Workplace Act to provide that an employer may not take adverse action against an employee for using lawful products, which includes marijuana. HB 4116 as amended includes a definition of “safety sensitive” position. ICIC’s concern with the definition of “safety sensitive” is that it doesn’t go far enough to protect construction industry employers. ICIC is actively seeking an amendment to include “road or commercial construction” in the definition of safety sensitive position. HB 4116 is assigned to the Senate Executive Committee and is scheduled for a hearing on March 30th.

HB 4384 as amended (Rep. Eva Dina Delgado/Sen. Ram Villivalam) is an initiative of the Federation of Women Contractors, Hispanic American Construction Industry Association, and the Black Contractors Owners and Executives.  The goal of this bill is to create more transparency in the change order process for Capital Development Board and Illinois Department of Transportation projects. Amendment 2 was recently filed by Sen. Ram Villivalam. Amendment 2 requires the CDB and IDOT to prepare quarterly reports on the status of change order requests that have not been acted upon within 45 days. The reports must be published on the CDB and IDOT websites. The first report is due to be published on or before January 15, 2023. HB 4384 as amended is assigned to the Senate Executive Committee but has not yet been scheduled for a hearing.

In addition to HB 4384, several bills proposing changes to the Illinois Procurement Code are also assigned to the Senate Executive Committee.  Like HB 4384, these bills haven’t been scheduled for a hearing.  ICIC is on high alert due to rumors the Senate Democrats may include these proposals in a larger procurement reform package that may be unveiled in the coming weeks. As more information on procurement issues becomes available, ICIC members will be updated accordingly.

HB 4393 as amended (Rep. Daniel Didech/Sen. Adriane Johnson) amends various statutes to provide specified contracts may be let to the lowest responsible bidder, or the best value bidder. ICIC remains opposed to HB 4393 due to the concern this legislation creates an opportunity for public bodies to circumvent the competitive bid process and opens the door to favoritism. Public bodies could cite “best value” and award the bid to whoever they prefer to work with on a project. HB 4393 remains in Senate Assignments.

HB 5564 (Rep. Larry Walsh, Jr./Sen. Patrick Joyce) amends the Illinois Procurement Code to provide that when a state contract is awarded to the lowest responsible bidder, an otherwise qualified bidder who will fulfill the contract using low embodied carbon concrete may be given preference over other bidders unable to do so. ICIC is opposed to HB 5564. HB 5564 remains in Senate Assignments.

Implementation Coordinator” within the Office of the Secretary of Transportation. HB 5262 requires the coordinator to track budgets and construction schedules of projects funded by the Rebuild Illinois capital plan and to make this information publicly available. This legislation received overwhelming bi-partisan support this week with 109 votes in the affirmative. HB 5262 now heads to the Senate for consideration.

SB 3795 as amended (Sen. Julie Morrison/Rep. Joyce Mason) and HB 4772 as amended (Rep. McLaughlin/Senate Republican Leader Dan McConchie) are companion bills that allow county governments to utilize the design-build delivery method. These proposals include scope and performance criteria for design build contracts, a two-phase procedure for selection of contracts, requirements for submission of proposals, procedures for awarding contracts, and requirements of reports and evaluation of contracts. Due to objections from the American Institute of Architects of IL, SB 3795 as amended was not heard this week in its scheduled committee hearing. SB 3795 hasn’t been re-scheduled for a hearing.  It is unknown if this bill will move forward this session. HB 4772 awaits committee assignment in the Senate.

SB 3625 (Sen. Melinda Bush/Rep. Kathleen Willis) and HB 4750 (Rep. Joyce Mason/Sen. Melinda Bush) are companion bills that extend the sunset for the Capital Development Board’s statutory authority to use the design-build delivery method through 2027. These proposals do not make any other changes to the statute. SB 3625 received unanimous approval in committee this week and advanced to 2nd Reading. HB 4750 awaits committee assignment in the Senate.

SB 2981 (Sen. Ram Villivalam/House Asst. Majority Leader Marcus Evans, Jr.) allows the Illinois Department of Transportation (IDOT) and the Tollway to utilize “Progressive Design Build” (PDB). Proponents of SB 2981 report that PDB facilitates involvement of the design-build team during the earliest stages of the owner’s project development, and PDB is becoming the preferred model for many states. This legislation is drafted similarly to existing design build statutes. SB 2981 received unanimous approval in committee this week and advanced to 3rd Reading.

Your ICIC lobbying team is keeping a watchful eye on these issues and more as the legislative session inches closer to adjournment. We will be paying close attention to deadline extensions and newly filed amendments in the coming weeks. If you have any questions regarding this information, please do not hesitate to contact Jessica Newbold Hoselton by calling 217.523.8044 or by email at jnewbold@boldnewstrat.com